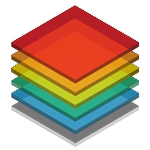 A summary of her session, which had a significantly higher attendance than the average for a non-sponsor hosted session, can be found below. If you wish to hear the full session, please send an email to contact@solutioneers.co.za.

When considering Automation, one should really begin with the rules based, high-volume, time consuming and repetitive processes that are already mostly digital.

Harvard Business Review in 2015 estimated that 30% of employees time is spent on tasks that could be automated. In 2017 McKinsey reported that 34% of our daily tasks are pure data entry.

That is 1.5 to 2 days a week that you can get back into your life if you could automate your day-to-day finance manager tasks including:

What is becoming increasingly apparent is the high volume of processes humans perform on a daily basis to ensure their business functions. These keep people busy, but busy is not the same as productive; there is absolutely nothing productive about a skilled professional doing routine and repetitive tasks.

This will ultimately lead to inefficient processes with frustrated and overworked staff and potentially an increase in error rates with significant consequences.

Let’s be frank: No one became an accountant to download multiple invoices off portals monthly, reconciling line item for line item to a statement in order to produce a reconciliation that needs to be submitted for payment.

Yet we have entire teams of qualified professionals handling monotonous and repetitive work alongside the numerous month-end deadlines for management reporting and providing feedback on historical data.

When we deploy Automation, we liberate our teams creating an entire new dynamic to your team. It enables the team to:

This increases productivity as automation handles those routine, repetitive transactional processing tasks, and in just at a fraction of the time and perfectly accurately.

Removing repetitive tasks is inherently appealing on the surface, but to bring about sustainable change, employees need to commit to the new role they will fulfil in the organisation.

There are additional benefits to RPA, potentially not even considered at first, business compliance with regulations while mitigating risk exposure for example. Automation will always handle business processes exactly as programmed, it cannot copy and potentially expose data, and it cannot conduct business improperly or act fraudulently once the business rules and processes have been set up correctly.

Automation reduces risk and improves transparency within the organisation.

Because automation software can interface with existing applications and systems at the user interface, it is an incredibly cost-effective way to extend the value and lifetime of legacy ERP and other systems.

As automation technology is applied to existing processes it can be rolled out rapidly, with minimal business disruption, and thus productivity gains can be realised in a matter of weeks. The results are impressive; for example, an organization employing 9 000 people with an RPA team of 40 and a robotic workforce can expect over 1 million hours of increased productivity each year.

The robots can work around the clock without fatigue or annual leave therefore, despite the initial setup and ongoing maintenance costs, the return on investment (ROI) with RPA is higher.

Robotic process automation can yield the same results as a human in just a fraction of the time.  What we have found through our customer projects is that ~1 hour of specifically finance human time is converted into 2 minutes of automation.

Automation at the User Interface means that a bot can seamlessly mimic human actions such as clicking, typing, and moving between systems and even interpreting and action business rules.

Automation technologies like RPA aim to augment the human workforce as it has the potential to allow employees to achieve more with fewer resources. That bring us to the question of what the employee or team will now be spending their time on. And the answer is very simple, they can be productive at more complex, or customer facing tasks.

Instead of spending hours reporting on historical data, Finance teams could plough the new found resource of time applying critical thinking skills and intuition to the into investigating and discrepancies and negotiations relating to the resulting disputes, effortlessly identified by the robot doing the task.

Finance teams could repurpose the time to provide Predictive Analytics and build out the processes that will add more value to the business, where there were previously just not enough hours in the day.

This is far more valuable to a business than transposing numbers onto a spreadsheet. Finance Professionals could move away from data gathering, capture and manipulation to advisory roles where their judgement and professional skills would be better put to use, no longer being wasted as human-Polyfilla between systems A and system B.

If you have not yet started your automation journey then I would highly recommend talking to Torch Solutioneers about our cost-effective approach for Small and Medium Enterprise.